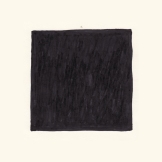 Ole Frahm (GER) is a writer and co-founder of the Institute for Graphic Literature (Arbeitsstelle für Graphische Literatur, ArGL) at the University of Hamburg and a founding member of the Villigst Research Centre on National Socialism, Racism and Antisemitism (Villigster Forschungsforum zu Nationalsozialismus, Rassismus und Antisemitismus e.V.).  He wrote his PhD on Art Spiegelman’s ʻMAUS: A Survivor’s Taleʼ. In 2010, he published ʻDie Sprache des Comicsʼ (Philo Fine Arts), a study on the aesthetics of comics. He lives in Frankfurt and is a member of the media and performance collective LIGNA. 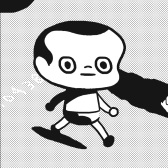 Sascha Hommer was born in the south of Germany in 1979. He studied at the University of Applied Sciences Hamburg (HAW) under professor Anke Feuchtenberger. Hommer’s first graphic novel “Insekt” was published by Reprodukt in 2006, his most recent publication is the graphic travelogue “In China” (Reprodukt 2016). Hommer lives in Hamburg where he currently works as a graphic novelist, freelance illustrator, curator and lecturer. 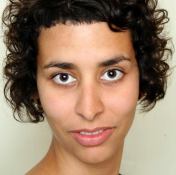 Elisabeth Desta studied theatre arts, comparative and French literature in Leipzig and Paris. She has since gathered varied experience as a manager for educational and cultural projects. Among others, Elisabeth has worked for the Federal Agency for Civic Education and the Lower Saxony Memorials Foundation. From 2011 to 2012, she was Robert Bosch Cultural Manager in Pristina, Kosovo. Elisabeth now lives in Leipzig where she works as a freelance cultural manager, focusing on socio-political and historical developments, specifically in connection with commemorative cultures and collective memory. 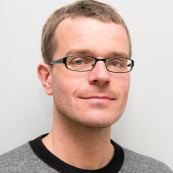 Ludwig Henne studied cultural studies, communication and media studies at the University of Leipzig. He has served as a board member in various local and international cultural associations. From 2007 to 2009, he co-developed and implemented a fundraising strategy for the University of Leipzig’s 600th anniversary. From 2010 to 2012, as Robert Bosch Cultural Manager in Košice, Slovakia, he established an artist-in-residency programme within the framework of the “European Capital of Culture”. Since 2012, he has been working as a freelance cultural manager, co-organising international projects and holding seminars on international cultural management. Ludwig also works as a project manager and fundraiser for the German Library for the Blind (DZB). 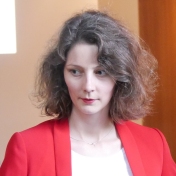 Lilian Pithan is a Berlin-based freelance journalist. Her work has appeared in various German and European media outlets, among them Goethe-Institut Magazine, ParisBerlin, and Cafébabel. She currently works as deputy chief editor of FANN Magazine which she co-founded in December 2017. Lilian has devised and coordinated several successful interdisciplinary reporting projects, such as Alphabet of Arrival for the German Comics Association, introducing comics journalism to Germany. In an effort to explore the potentials of graphic forms of journalism, she co-curated the exhibition Zeich(n)en der Zeit – Drawing the Times at the 18th Erlangen International Comic Salon 2018.